A zero-day attack exploits one or more vulnerabilities that have not been disclosed publicly. Knowledge of such vulnerabilities gives cyber criminals a free pass to attack any target, from Fortune 500 companies to millions of consumer PCs around the world, while remaining undetected (recent examples include Stuxnet and the Elderwood project). The impact of zero-day attacks has been debated for more than a decade but their duration and prevalence in the real world remained unknown, because zero-day attacks are rare e vents that are unlikely to be observed in honeypots or in lab experiments. Instead, studying zero-day attacks requires the analysis of Internet-scale data. 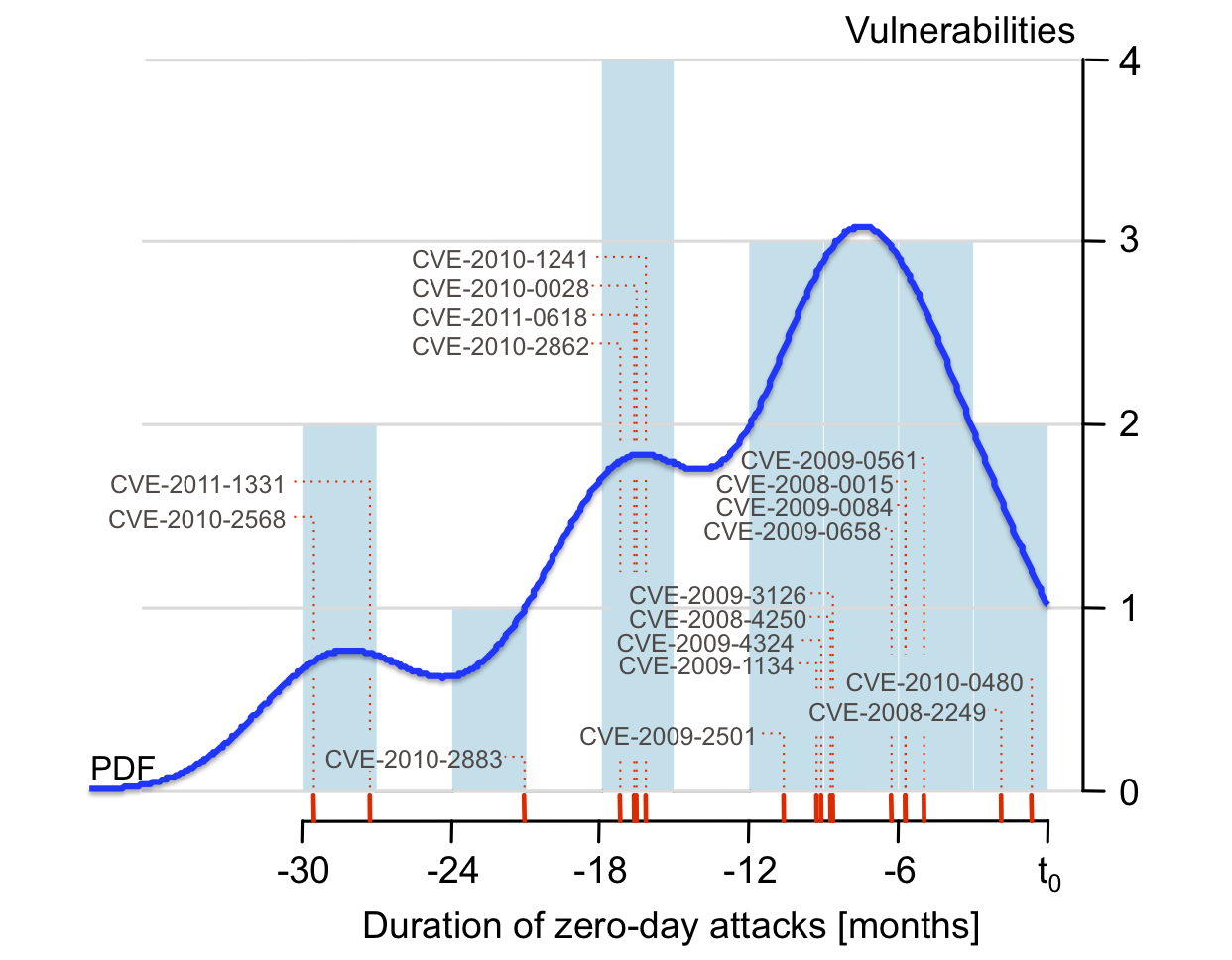 We used WINE to measure the duration of 18 zero-day attacks, from field data collected on 11 million hosts worldwide [CCS 2012]. These attacks lasted between 19 days and 30 months, with a median of 8 months and an average of approximately 10 months (because we take the the first vulnerability exploit, recorded in the field and observable in WINE, as the starting point of the attack, these numbers represent lower bounds rather than precise estimations). This study also identified 11 vulnerabilities that were not previously known to have been employed in zero-day attacks.